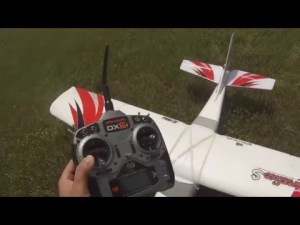 Middleburgh & Chittenango - William J. Andrew (Bill), 62 of Jill Street, passed unexpectedly, Thursday, February 6, 2020 at St. Joseph’s hospital in Syracuse.  Bill was born on March 22, 1957 in Stamford, NY. The son of the late, Helene (Stevenson) Farrell and Dr. Basil W. Andrew. He graduated from Middleburgh Central School in 1975.  He received a Bachelor of Arts from Empire State College in 2006 and a Masters of Social Work from the University at Albany in 2008.

Bill raised his family in Middleburgh and gave back to his community.  He was a Commissioner for the Boy Scouts of America, was known as “Doc,” the school bus driver and youth group leader and “Coach” for Middleburgh’s first girls’ Little League softball team. He was a village trustee and also an officer for the Schoharie Valley Crop Dusters RC Club and loved piloting his radio-controlled airplanes over the Schoharie Valley.

After 25 years in management, he pursued his dream of working in the human services field. Bill moved to Chittenango in 2012 and worked at Liberty Resources in Youth Diversion Services and then went on to Liberty’s School-Based Mental Health Program at the OCM BOCES site in Liverpool, NY. This is where his passion was discovered and he joined the BOCES team, working for the state, this past fall. He was an advocate and the voice for children, putting his heart and soul into his work and his students affectionately knew him as “Mr. Bill.”

Outside of work, Bill enjoyed traveling and cruising on his Harley, participating in charity events and spending time with his daughters and grandchildren.