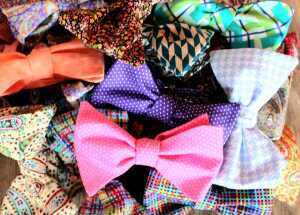 Faith is believing and trusting in our Lord’s promise of salvation through Christ, then growing in His Word throughout our lives.  William Wallace Madison, Jr did just that until his faith became sight on Saturday, June 26, 2021, when he was welcomed into the eternal embrace of his Lord and Savior.
Born May 26, 1954 in Los Angeles, CA to Elsie Ito (1920-2021) and William W. Madison, Sr. (1929-2008), he spent his formative years in the SoCal area until his parents moved back to upstate NY, close to the area where his father grew up in Greene, NY.  The family lived in Norwich, NY from 1963-1967 before moving to the “family farm” on Route 23, between S. New Berlin and Morris. He was a graduate of Morris Central School, Morris, NY in 1972, then enlisted in the US Air Force from 1972-1976 assigned to Offutt AFB (Strategic Air Command) in Omaha, NE. After the service, he gained his FAA license through the Spartan School of Aeronautics in Tulsa, OK and the Riverside School of Aeronautics in Utica, NY. Later he also earned a Bachelor of Theology from Temple Baptist Bible College in Westlake, LA.

Bill was employed as an Aircraft Mechanic with NYS Police Aviation Unit Albany, until retiring in 2012.

Bill was a computer nerd and techno geek, spending inordinate amounts of time researching and tinkering with his collections of communication and computer devices, often ‘Billy-izing” an existing design with his own stamp of ‘improvement’. With a little help, he chose the pattern and fabric for his first and only Quilt of Valor. He loved JRR Tolkien’s Middle Earth and would compete with his sister with how many times each year they would read through “The Hobbit” and “The Lord of the Rings” trilogy. And just like a ‘good hobbit’, he loved to ramble through his gardening designs, especially the hydroponic ones. He enjoyed musical instruments, though never mastered one.

He was known for his generous spirit, characteristic smile and perfectly tied bowties, which he wore regularly to his home church, Valley Bible Baptist. He served faithfully there as deacon, treasurer and Audio-Visual Coordinator. He sang in the choir. He served in short-term mission work, helping missionaries in Mexico, Peru, Brazil and Bulgaria. He actively participated in the Northeast Baptist Seedline Ministry, which assembles Scripture portions (the Gospel of John and Romans) in various languages for free disbursement around the globe. He had a heart to share his faith in Christ. Frequently participating in organized door to door visits, often sharing nuggets of wisdom with others he met and over time, several came to a saving knowledge of Christ. This was not limited to our community, on at least 2 of our mission trips, he was found telling others of Christ, even if they didn’t speak the same language (Mexico and Quebec come to mind). He was the kind of man that would do anything for you if it was in his power, you had only to ask.

Mr. Madison is survived by his wife of 25 years: Nancy (Finch) Madison of Carlisle, NY who will hold his life and love forever; his sister: Donna (David) LeBarron of Santa Clarita, CA and his niece and nephew, who remember his mini-golf competition and row boat excursions fondly; his father-in-law: Richard Finch of Middleburgh. Bill was predeceased by his parents, his brother: Alan Madison and his mother-in-law: Phyllis Finch.

Friends and Family are invited to a visitation from 5:00-7:00PM on Thursday, July 15, 2021 at the Valley Bible Baptist Church, 745 Mineral Springs Road, Cobleskill, NY.  A funeral service will be held at 10:00AM on Friday, July 16, 2021 at the same church.  Internment with Military Honors will follow at Keyserkill Cemetery, Keyserkill Road, Middleburgh, NY.

To send flowers to the family or plant a tree in memory of William W. Madison, Jr., please visit our floral store.