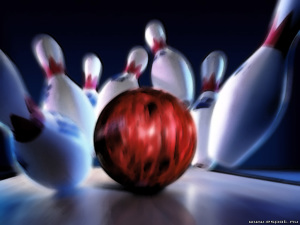 Shirley Ileane (Foland) Rhinehart, a life-long resident of the Breakabeen-Middleburgh area, died peacefully in the early-morning hours of March 1, 2022 at the A.O. Fox Memorial Nursing Home in Oneonta.  She was 90 years old.

She was born September 16, 1931 in the Town of Fulton, the daughter of the late William A. and Edna (Briggs) Foland.  Growing up on the family farm, she enjoyed assisting her father in all aspects of farm life, and enjoyed hunting, fishing, and trapping with him in their leisure time.  She attended the Middleburgh Central School, graduating in the class of 1949.

While at a dance one night, she met and fell in love with David Rhinehart, a native of Fultonham.  They were married on July 9, 1952 in Keene, NH.

Shirley remained on the family dairy farm for most of her life, eventually taking over operations from her father, with the help of her brothers, Willard and Victor, her husband, David, and her children, operating the farm until 1990.  While operating the farm, she also cared for her parents as their health declined in their later years.  She also held a variety of jobs off the farm over the years, including as a clerk for Bush & Snyder Lumber Co. in Middleburgh, a school tax collector for the Middleburgh Central School District, and serving on the Fulton town council.  In retirement, she also worked for a period of time for Bohringer’s Fruit Farm in Fultonham.

In her leisure time, Shirley engaged in a variety of activities.  She played on a local town softball team, bowled for many years in the Middleburgh bowling leagues with David, and enjoyed a good word-search puzzle.

She will be remembered for her sharp tongue, her forthright honesty, and her enduring love for her family.

In addition to her parents, she was predeceased by her husband, David Rhinehart; her infant daughter, Lisa Rhinehart; her brothers William, Robert, Willard, and Victor Foland; and her sister Edith Buzon.

A graveside service will be held in the spring in the Breakabeen Cemetery at a date and time to be announced.

Coltrain Funeral Home, LLC of Middleburgh is honored to be caring for Shirley and her family.

To send flowers to the family or plant a tree in memory of Shirley I Rhinehart, please visit our floral store.

You can still show your support by sending flowers directly to the family, or by planting a memorial tree in the memory of Shirley I Rhinehart
Share a memory
© 2022 Coltrain Funeral Home. All Rights Reserved. Funeral Home website by CFS & TA | Terms of Use | Privacy Policy | Accessibility