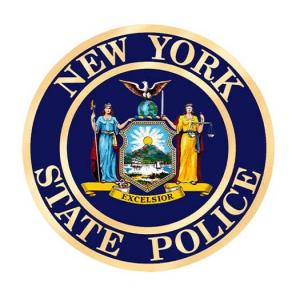 Middleburgh - Richard J. Gannon, 92, passed away peacefully on September 20, 2020, with his daughters by his side, at his home after a brief illness.

He retired from the NY State Troopers, as a BCI Senior Investigator, after 25 years of service.  After his retirement, he served as Albany County Undersheriff as well as Judge in the Town of Middleburgh. Dick was a past Commander and member of the American Legion Post #248, and a member of the Knights of Columbus.

He enjoyed the quiet, country living of small-town Middleburgh, its people and their friendships. And he was a diehard NY Rangers fan.

He was predeceased by his loving wife Lillian V. (Sullivan) Gannon; his son William Gannon and his sister Patricia Dawber.

He will be loved and remembered always by his daughters: Judith Richards of Middleburgh, Maureen (Timothy) Shoemaker of Manning SC, Elizabeth Hough of North Greenbush, Kathleen Marshall of Middleburgh, Margaret (Michael) Aragosa of Scotia, Amy (John) Reinhart of Middleburgh and daughter-in-law: Karen Gannon of Howes Caves.  He is the beloved grandpa and pop to 16 grandchildren, and 11 great grandchildren.

All are invited to attend a graveside service, with Military Honors at 11:30AM on Friday, September 25, 2020 in Middleburgh Cemetery, Cotton Hill Road.  Distancing and facial covering will be respected.

Friends who wish to remember Dick in a special way may donate to the Veteran’s charity or vision charity of your choice in his honor. The family would also like to thank longtime home care givers Bill Winton and Laura Arnwine and the nursing staff at the Veteran’s Administration Hospital in Albany for their care and comfort to Dick and his family during this difficult time.

Coltrain Funeral Home, LLC of Middleburgh is honored to be caring for Richard and his family

To send flowers to the family or plant a tree in memory of Richard J. Gannon, please visit our floral store.