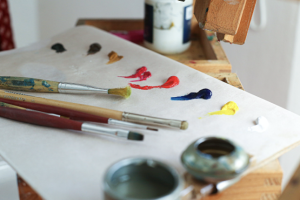 Peter T. Rossi passed away in the warmth of his home and the loving care of his family on Saturday, November 27, 2021.

Peter was born 81 years ago on April 17, 1940 in Brooklyn to Grace (Miolla) and Thomas Rossi and after graduating Gilboa-Conesville Central School, proudly served in the United States Navy.  Through the years, Peter worked as a surveyor for Harrington, drove trucks for the Blenheim Creamery, was a part-time Deputy for the Schoharie County Sheriff’s Department, owned Peter Tee’s Diner in North Blenheim and owned his own hot dog wagon for a time.  He started as a surveyor with DEC and eventually retired after 30 years as a Forest Ranger from DEC’s Stamford location.

You knew Peter was in the room, especially if there was music playing. He never missed a step and loved twirling his beautiful partner across the dance floor.  He loved model airplanes and his artistic side painted beautiful pictures. You also knew he was around and having fun if you caught a glimpse of his infamous Honda Scooter and one of his many, many attachments, out for a ride or on display. Peter was also known as the “Chili King.”

He was a kid at heart and that heart loved his family, his friends and his community deeply.

Peter gave his time and talents to many organizations and causes including the Delaware County Sheilds, the Gilboa United Methodist Church, Grand Gorge Fire Department and the American Legion.  He was a past member of the Community Action Group, Lion’s Club, Blenheim Hose Company and served as a Boy Scout Leader.

All are invited to visit with Peter's family from 4PM to 7PM on Thursday, December 2, 2021 at the funeral home. Private services will be held for the family, with their appreciation for your understanding.

To send flowers to the family or plant a tree in memory of Peter, please visit our floral store.