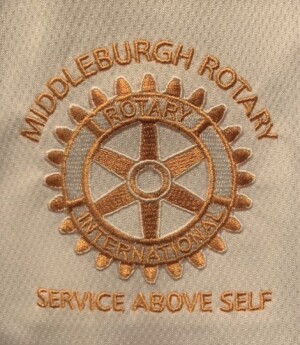 On Friday, February 5, 2021, Patricia Sherwood "Pat" Wargo, at the age of 92, finished the last chapter, set down her reading glasses and gently closed the cover on the book of her long and exceptional life.
Everyone has some facet of their life that reflects their light to the world around them. But once in a while, you chance to encounter that rare, multifaceted gem who shines brightly in many directions at once.  Pat was a brilliant example of one of those gems, reflecting her light on all around her. She was a loving wife of 69 years, a dedicated mother to seven children, a trail-blazer in advancing women's equality, a lover of literature, an avid gardener, a pillar of her community, an amazing cook, and so much more.
Chronicling a life of such complex beauty isn't for the faint-hearted, but neither was Pat.  Born in New Haven, Connecticut on December 8th, 1928, she spent the early years of her life as the daughter of a Yale professor, Bill Sherwood and a feisty, Flapper mother, Ellen Sherwood (later Serre), who shaped her love of knowledge and her crusading spirit.  After her parents divorced, her mother moved the two of them into an apartment above a Chinese restaurant in Hartford. Her exposure to a different culture at an early age not only broadened her world view; it also introduced her to one of her lifelong loves: Asian food and how to cook it, as she would say, "properly."
Shaped by the events of the time, with the United States entering the war on her 13th birthday, one of her goals was to join the Navy.  However, the war ended shortly before she graduated, so instead, again going directly against convention, she enrolled in the Mechanical Engineering program at the University of Bridgeport.  There, she held her own against "the boys," as she referred to the men returning from the war. Until she met the "boy" who won her heart: future husband, Arthur R. Wargo. While they courted, she spent her days working as a draftsperson for U.S. Motors.
After marriage, they eventually settled in Milford, Connecticut, raising their six children. However, she found her real home when the family moved to her beloved Middleburgh, New York, where she happily spent the next 55 years. Pat became an active member of the community, as part of the Girl Scouts, becoming a charter member of the Middleburgh Emergency Volunteer Ambulance Corps (MEVAC), participating in the Garden Club, Century Club, Daughters of the American Revolution, the Catholic Church and more.  All this while somehow managing to support her children's efforts in school, ferrying kids to and from events including bake sales, plays, musical performances, attending event after event after event.

When her seventh child entered school, she started a career with Planned Parenthood as an educator and rape crisis counselor.  For 17 years, she traveled the hills and valleys of Schoharie County teaching women's health and educating high school students about birth control, the latter despite some of her children wishing that their class could be excluded. In her own words, she loved children and believed each and every one of them should be wanted, loved and cherished.
Whenever her community called, Pat responded with enthusiasm.  A founding member of the volunteer ambulance corps, she spent years dispatching calls from her house at all hours or the day and night. As a strong proponent of education and a passionate bibliophile, she spent decades supporting the Middleburgh Public Library and gave extensively to the construction of the new building on Main Street. In her later years, she joined Rotary International and was recognized many times for her dedication to the organization's public efforts, even traveling to Japan to participate as an international representative, although some of her friends and family suspect that she really went to get some great sushi.  Her love, laughter and dedication to community service will be missed and remembered forever by her Middleburgh Rotary and Century Club families.
She lived a long and happy life, doing things her way. Once she realized that the Green Bay Packers weren't going to be in this year's Super Bowl, she decided that this was as good a time as any to move on, and went peacefully in her sleep. Now she can see her departed loved ones, including her mother, Ellen Serre, her stepfather George Serre, her son Thomas, who she can once again argue about football with, her beloved Havanese, George, and her close friend Helene Farrell, who she will no doubt spend countless hours discussing genealogy.

Per her wishes, no formal services will be held. To honor her memory, her family asks that donations be made to one of her favorite organizations:

Coltrain Funeral Home, LLC of Middleburgh is honored to be caring for Pat and her family.

To send flowers to the family or plant a tree in memory of Patricia Wargo, please visit our floral store.

You can still show your support by sending flowers directly to the family, or by planting a memorial tree in the memory of Patricia Wargo
Share a memory
© 2021 Coltrain Funeral Home, LLC. All Rights Reserved. Funeral Home website by CFS & TA | Terms of Use | Privacy Policy