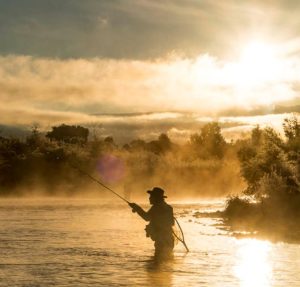 He was born June 19, 1936 in Alatornio, Finland (Lapland) to Helmi Sofia (Nuttula) Niskanen and Urho Immanuel Niskanen. Urho emigrated to the United States where he worked to save enough money to bring his family to America. During the time he was gone, Olavi spent time going to school working odd jobs. He went ice fishing in the winter and fished on a boat with his Uncle in the Gulf of Bothnia in the summer. Cross country skiing was not only a way of getting around during the cold and snowy winters, but also a sport that he excelled at, winning many metals and was even considered an Olympic hopeful.

The time came to leave Finland. Olavi and his Mother, Helmi, sister Eila Maria and brother Leo Edward boarded the M/S Stockholm in Gothenburg Sweden on May 7, 1951 and arrived at the Port of New York May 16, 1951.

Urho found employment as a Superintendent in an apartment building on Bathgate Ave. in the Bronx and moved his family there from Brooklyn. It was here he met some new friends who gave him the nick name, “Nick”. One of those new friends was Virginia Cecelia Mare who was known by her friends as “Ginger". They were engaged in 1954 and married September 3, 1955 at St. Josephs Roman Catholic Church. Nick received his citizenship to the United States of America on January 21, 1957.

Nick found his occupational niche in construction as a Carpenter working at first with his Father, Urho between Long Island, NYC and up to Putnam County eventually becoming a very skilled and sought-after Forman. He completed 50 years of continuous membership in the in the United Brotherhood of Carpenters and Joiners of America and granted Life Membership. He worked a few years in Real Estate before retiring and moved from Mahopac Falls, NY to Middleburgh, NY in 2003.

Nick’s hobbies included fishing and nearly everyone in the family went fishing with him in streams, reservoirs, LI Sound on the shores, docks and in boats. He was always at the top of any sports league he played on which included Soccer, Bowling, Softball and Baseball.  Every family gathering included sports for fun- badminton, basketball, horseshoes, swimming, sledding, skiing and ski jumping. He also went hunting for turkey and deer each year at a cabin in Walton NY owned by his very good friend of many years, Vinny. Those were very special times he looked forward to and often talked about. Many family members went there with him during the summer months to ride the trails, target practice, enjoy good food and celebrate life together.

In lieu of flowers, please offer someone your smile, a kind word or a random act of kindness in his memory.

Coltrain Funeral Home, LLC of Middleburgh is honored to be caring for Nick and his family

To send flowers to the family or plant a tree in memory of Olavi "Nick" W. Niskanen, please visit our floral store.

You can still show your support by sending flowers directly to the family, or by planting a memorial tree in the memory of Olavi "Nick" W. Niskanen
Share a memory
© 2021 Coltrain Funeral Home, LLC. All Rights Reserved. Funeral Home website by CFS & TA | Terms of Use | Privacy Policy