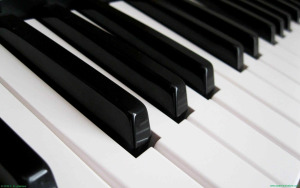 On March 24, 2022, Maria “Marie” Patricia Giuffrida passed peacefully into Heaven and the kingdom of her Lord Jesus Christ. She will be greatly missed.

Marie grew up in Queens, New York, one of seven siblings and the daughter of Salvatore Amato, a master blacksmith that worked the race track circuit between Saratoga, New York in the north to Hialeah, Florida in the south. She grew up around horses and loved to go with her father every weekend with the family pony to give pony rides to the kids in the Jamaica area of Queens. Being the first born, she learned to be a nurturer of her six younger brothers and sisters, which prepared her for her own future family of four. During the war, Marie was employed by Sperry Rand Company where she worked on parts of navigation systems for aircraft, walking to and from the factory daily.

Like many women in the post WWII era, she met her husband Joe on his return from England and they were married in 1948. Joe, having a rare opportunity to train as a hair stylist while in France due to his barbering background for all his young years in his father's barber shop, became an entrepreneur, starting and running hair salons in and around New York City. Both Joe and Marie took part in maintaining these shops during their early married years, Marie becoming a licensed beautician in 1950. Marie and Joe also had a love for adventure that found them moving from city to country, from farm to suburb, finally settling in the beautiful town of Middleburgh in upstate New York.

Marie was a gifted musician, learning to play the piano by ear from an early age without formal training, but discovered before long that she had perfect pitch and could play just about anything she heard almost instantly. She was very modest about her talent and it would take some goading by family and friends to get her to take a seat at the piano and play. Once there, she would field song requests from Nat King Cole to the Beatles and anything in between. Ever the artist, Marie could always be found in the middle of some artistic endeavor like making and painting ceramic vases, or embroidering flowers and crocheting.

In 2015, Marie and Joe relocated from Florida to upstate New York, purchasing for the second time, a home in Middleburgh that they dearly loved, having sold it in 1998 to move south. They spent the remaining years in the peaceful surroundings of Schoharie County.

While no formal services are planned at this time, Marie’s life will continue to be celebrated and remembered by her family and friends. Coltrain Funeral Home, LLC, of Middleburgh is honored to be caring for Marie and her family.

To send flowers to the family or plant a tree in memory of Maria P Giuffrida, please visit our floral store.

You can still show your support by sending flowers directly to the family, or by planting a memorial tree in the memory of Maria P Giuffrida
Share a memory
© 2022 Coltrain Funeral Home. All Rights Reserved. Funeral Home website by CFS & TA | Terms of Use | Privacy Policy | Accessibility