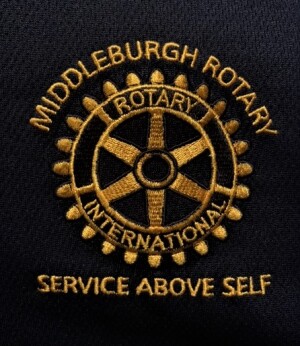 Lewis I. Youmans, of Main Street, passed away on Wednesday, June 8, 2022 following a brief illness, at Ellis Hospital, surrounded by the love of his family.

Lew was born 79 years ago on August 13, 1942, in Albany, to Marion (Tompkins) and Garland R. Youmans.  Lew graduated from Middleburgh Central School in 1960 and attended Ryder College, earning his degree in Business.

He served in the United States Army from 1964 to 1966, alongside his close friend, Edward Veley.  He was awarded Good Conduct, National Defense Service and Sharpshooter Medals while enlisted.

They returned home after their Honorable Discharges and Lewis worked for IBM before taking a position as a claim adjustor with the NYS Dept. of Labor, working in Gloversville, Amsterdam and Cobleskill, retiring in 1999.

When not volunteering his time around Middleburgh, Lewis was an avid traveler with his family and friends. A favorite destination was the Island of St. Maarten, amongst many other places.

His greatest love though was for his wife: Joan (Rickard) Youmans, whom he married on June 26, 1971 and proudly celebrated their 50th Anniversary last year; his daughter: Andria Youmans and her companion Mike McManus of Rochester; his son: Jonathan Youmans and his companion Jennifer Molina of Guilderland; along with many extended family members and friends.

All are invited to a celebration of his life, at 11:00AM on Saturday, June 18, 2022 at the Middleburgh Reformed Church, 178 River Street, Middleburgh, with Military and Fire Department Honors. Inurnment will be at a later date in Middleburgh Cemetery. Coltrain Funeral Home, LLC, of Middleburgh is honored to be caring for Lewis and his family.

To send flowers to the family or plant a tree in memory of Lewis I. Youmans, please visit our floral store.

A Memorial Tree was planted for Lewis

We are deeply sorry for your loss - the staff at Coltrain Funeral Home, LCC

Join in honoring their life - plant a memorial tree