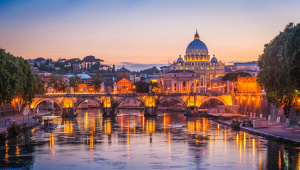 Joseph (Joe) Pescarino, age 80, died in his home in Fulton, New York, on March 25, 2022, from complications of prostate cancer. Joe was born in Fall River, MA., to Joseph Pescarino Sr. and Mary Gonsalves. Joe attended Durfee High School and went on to study fashion and design at Rhode Island School of Design, the Fashion Institute of Technology and later at UCLA. He also studied with iconic weaver Osma Todd at Castle Hill in Truro, MA. and later with international weavers at Barnsdall Art Center in Los Angeles.

While living in Greenwich Village and summering in Provincetown, Joe met the love of his life, Ed Mintiens. When Joe passed, they were about to celebrate their 53rd anniversary of being a couple and 11th anniversary of being married.  With their beloved Yorkie “Schmatah,” they moved to Los Angeles in the mid-Seventies where Joe was employed at Madonna Man, the famed Italian men’s boutique in Beverly Hills. Joe went on buying trips to Italy where he met the Versaces, the Armanis, Nino Cerutti and other leading designers and stylists who inspired him. With his innate and unerring sense of style, influenced by Lady Mendl’s dictum – suitability, simplicity and proportion --, Joe branched out to become a photo stylist who was much-in-demand for film, editorial work and catalogs.

Among Joe’s lifelong passions were animals, especially dogs. He left behind “O’Keeffe” and “Rocco”. Joe was a talented cook and baker, as many can attest.  Joe’s other love was Italy. “Pino,” as he was called by his Italian friends, fell in love with Rome and its neighborhoods where he was fascinated by the art, architecture, cuisine and people.  He will forever be a part of Rome and Cape Cod, another favorite destination.

Joe and Ed moved to upstate New York in the mid-Nineties, where Joe commuted to Manhattan to continue styling. After retiring, his love of gardening led him to work in the greenhouse operation and retail stand at Barber’s Farm in Middleburgh.

Joe’s wishes for cremation have been carried out and while no services are planned immediately, a memorial service will be announced in the future.  Coltrain Funeral Home, LLC, of Middleburgh is honored to be caring for Joe and his family.

Those who wish to honor Joe’s life can make a donation to the Animal Shelter of Schoharie Valley, PO Box 40, Howes Cave, NY 12092.

To send flowers to the family or plant a tree in memory of Joseph Pescarino, please visit our floral store.

You can still show your support by sending flowers directly to the family, or by planting a memorial tree in the memory of Joseph Pescarino
Share a memory
© 2022 Coltrain Funeral Home. All Rights Reserved. Funeral Home website by CFS & TA | Terms of Use | Privacy Policy | Accessibility