Share a memory
Obituary & Services
Tribute Wall
Read more about the life story of Edward and share your memory.

Edward Stephen Bugash Jr. of Tenafly New Jersey and Jefferson North Blenheim) New York, passed away on October 15th 2022, at the age of 68.

As the owner of a very successful Dairy Queen in Bergenfield, New Jersey, he earned a fond place in the hearts and memories of many people in Bergen County.  He later moved on to work for the Paramus Public School District in New Jersey eventually retiring after 25 years of service.

Eddy had a joy for life and being outdoors. He enjoyed being at his cabin upstate surrounded by the peacefulness of the woods where he would spend his time, hunting, fishing, and snowmobiling. Eddy loved animals, especially dogs. He would never walk past a dog without stopping to say hello.

Always keeping in touch with his childhood friends, he could always be relied upon to lend a hand whenever anyone needed him.    Eddy loved to tinker with his cars and motorcycles and there was nothing that was beyond his repair.    He was a proud, long-time member of the Bergenfield Elks Lodge #1477 where he could often be found gathering with other members for a rum and coke with a splash of seltzer and some good company.

Eddy is preceded in death by both of his parents as well as his brother Wesley W. Terns.   He is survived by his two sisters:   Kim (Bugash) Desposito Horn of Pennsylvania and Carol (Terns) Glockner Bojman of Texas.  His Nieces Daneille Desposito of New Jersey, Kim Glockner of Nevada and nephew, Gary Glockner of Texas.   Eddy is also survived by his long-time girlfriend, Laura Lobody O’Connell of South Carolina and countless friends.

Eddy was one of the most genuine people you could be lucky enough to have in your life; he could find humor in anything, loved his family and friends, and was never without a good story.    We will remember him always for his laughter and the smiles he brought to all those blessed enough to know and love him. Please think of him and remember the good times he shared with you and have a good laugh. He would undoubtedly like that.

Coltrain Funeral Home, LLC of Middleburgh is honored to be caring for Eddy and his family.

Donations in Eddy’s honor may be made to the Alzheimer’s Association @ https://www.alz.org or a local animal shelter of choice.

To send flowers to the family or plant a tree in memory of Edward S. Bugash, Jr., please visit our floral store. 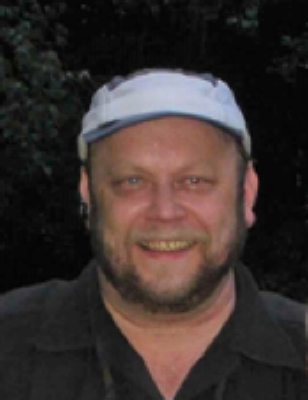 Family and friends are coming together online to create a special keepsake. Every memory left on the online obituary will be automatically included in the book.

You can still show your support by sending flowers directly to the family, or by planting a memorial tree in the memory of Edward S. Bugash, Jr.
SHARE OBITUARY
© 2023 Coltrain Funeral Home. All Rights Reserved. Funeral Home website by CFS & TA | Terms of Use | Privacy Policy | Accessibility