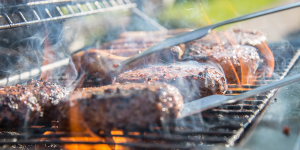 Donnie was born on February 7th, 1961, the son of Donald Wilbur and Betty Jean (Wadley) Cornell in Albany, NY. He was raised in Memphis, TN and although he relocated to Conesville as a teenager, he never lost touch with his southern roots. He attended Gilboa-Conesville Central School.

He was a truck driver and heavy equipment operator for the town of Conesville Highway Department for over 25 years and previously worked for the Delaware and Ulster Railroad.

Donnie had a great passion for music, guitars and songwriting. As fate would have it, the band “Blue Steel” was started with friends Darryl McCallum, Tommy Berger, Pat Buel and Sid Wallace. The next venture was the formation of “Mountain Justice” with Billy Holdridge, Pat Buel, Eileen Buel, Sal, Lester Chase and the late Mike Roselli. During their gigs, Donnie’s original tune “Goodnight in Conesville”, comes to mind as his favorite song to close out the night.

Donnie was always the life of the party, holding BBQs for every occasion, even in the cold of February for his birthday. He brought his guitar to every get together, and would sing and dance for everyone. He was fond of gardening, and would make homemade salsa, beets and pickles to bring to family and friends. Donnie also enjoyed woodworking and making homemade Christmas ornaments. He loved the great outdoors, and could always be found hunting, fishing, camping or feeding wildlife right outside his front door.

All are invited to visit with Donnie’s family on Saturday, April 24th, 2021 from 11AM-2PM at Coltrain Funeral Home, LLC 134 River St. Middleburgh. Facial protection and distancing are requested to be respected by all. A private memorial service will be held for Donnie’s family at their convenience.

In honor of Donnie’s love for nature, his family respectfully requests memorials be sent to the New York Wildlife Rescue Center, PO Box 410, Middleburgh, NY 12122 or at https://nywildliferescue.org/

To send flowers to the family or plant a tree in memory of Donald James Cornell, please visit our floral store.