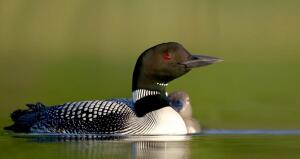 Born on April 2, 1946, in Corpus Christi, TX she was the daughter of the late Judson and Dorothy (Carter) Bryce.

later continued her education while raising a family, graduating with honors from SUNY Cobleskill with

as A.A.S. degree in histotechnology. She furthered her education in biological science at Russel Sage

College and became a certified medical transcriptionist in 1999.

Corliss worked for four years as a secretary for the NYS Civil Defense Commission in Albany. For 15

years she was employed as a histotechnician, ASCP (HT) senior associate in pharmaceutical research.

For several years she worked from home as a medical transcriptionist, retiring in 2006. Her interests

Corliss spent her formative years primitive camping in the Adirondacks with her father Judd and family.

considerable knowledge of the Adirondacks with her two sons and her grandchildren.

A celebration of her life will be held at the family’s convenience and they thank you for remembering her and them through this time. Coltrain Funeral Home, LLC of Middleburgh is honored to be caring for Corliss and her family.

Memorial contributions may be made in Corliss’s name to the Adirondack Center for Loon Conservation,

To send flowers to the family or plant a tree in memory of Corliss Bryce Greene, please visit our floral store.

You can still show your support by sending flowers directly to the family, or by planting a memorial tree in the memory of Corliss Bryce Greene
Share a memory
© 2021 Coltrain Funeral Home, LLC. All Rights Reserved. Funeral Home website by CFS & TA | Terms of Use | Privacy Policy