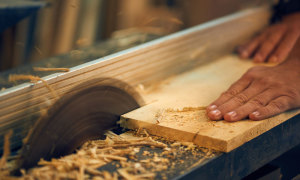 Gloversville- Life changes instantly and with it brings new, unwritten chapters that few are ready for.  William R. “Billy” Wissert was taken away too soon on Tuesday, October 8, 2019 and joins his mother Claudia and his sister Deborah who each predeceased him.

Born on April 6, 1961 in Queens, Billy grew up in and graduated from Middleburgh Central School in 1979.  He went on to work at Pengate Handling Systems for 34 years. Billy’s devotion to his job and strong work ethic ensured he was Tech of the Year multiple times.

He loved being outdoors in nature; he enjoyed hunting and trapping in Huntersland and fishing with his friends in Cape Cod.  He took great pride in his home, including the rock walls and koi pond he designed and built. He was also a master craftsman and learned the talent and art of woodworking from his father.

Billy shared a passion for Disney films and Disney history with his daughter Rachel and son Travis, obtaining a huge collection of memorabilia and movies.

To plant a tree in memory of William "Billy" R. Wissert, please visit our tribute store.