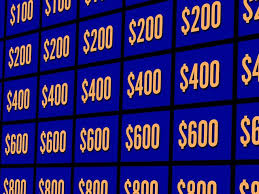 Middleburgh – Jane A. Hagadorn, 88, of Windy Ridge Road, found eternal peace of Tuesday, January 7, 2020 in the warmth of her home.

Jane was born on July 12, 1931 in Merrick, NY to Mildred (Reed) and Albert Poirot.  She graduated from Mepham High School in North Bellmore and enjoyed summering upstate with her family.  One summer, she chanced to meet a young man named Donald Hagadorn and after just a few weeks, married him on October 1, 1949.  They spent over 54 years together, happily arguing and loving every minute with each other and their family.

Jane worked as the head chef at the Wolf’s Den for many years.  She was a NY METS fan from day 1, enjoyed playing Mahjong at the Middleburgh Library, Bingo, painting, puzzles, she knew a copious amount of card games, she loved to travel, swim in her pool and stayed active with the Ridgerunners Snowmobile Club when able.  Her loving heart not only extended to her family and friends but also to dozens of cats through the years.  Jane was also such a devoted fan of Jeopardy, that she chose the exact moment the show ended on Tuesday night to pass away.

She was predeceased by her beloved Donald in 2004, her daughter: Deborah Hagadorn and her sisters: Vivian Breidenbach and Grace Poirot.

While no formal services will be held, per Jane’s request, Coltrain Funeral Home, LLC, of Middleburgh is honored to be caring for Jane, and her family.

To send flowers to the family or plant a tree in memory of Jane A. Hagadorn, please visit our floral store.