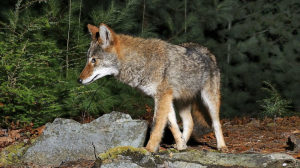 Daniel was born in Kearney, NE to Audrey (Sterley) and the late Kenneth DeLaet.

A chance introduction by friends became almost love at first sight and Dan eventually made his way to New York with his best friend and soulmate of over 38 years, Marietta.

Gruff and grumpy on the outside, Dan possessed a quiet, strong love for the beauty of nature.  Time on the porch listening to the birds singing, catching sight of the deer and hearing coyotes call were some of his favorite pastimes.  Taking rides through the countryside, in the car or on the four-wheeler and leaf peaking were favorites too, as was playing softball in his younger years and always cheering on his native Nebraska Cornhuskers. None of these, however, came close to the love he held for his family and grandchildren and being a part of their lives and memories.

Besides his father, Dan was predeceased by his brother: Steven DeLaet.

Daniel’s family invites you to join them in celebration of his life at 2:30PM on Friday, October 4, 2019 at the West Fulton Fire Dept. Hall, West Fulton Road.  Coltrain Funeral Home, LLC, 134 River Street, Middleburgh is honored to be caring for Daniel and his family.

To send flowers to the family or plant a tree in memory of Daniel D. DeLaet, please visit our floral store.

You can still show your support by sending flowers directly to the family, or by planting a memorial tree in the memory of Daniel D. DeLaet
Share a memory
© 2021 Coltrain Funeral Home, LLC. All Rights Reserved. Funeral Home website by CFS & TA | Terms of Use | Privacy Policy